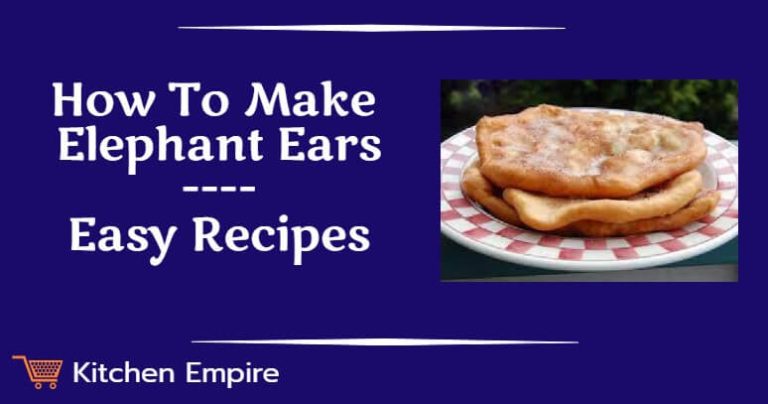 How To Make Elephant Ears: You can recreate the fun at the fair at home with deep fried, crunchy Elephant Ears with cinnamon sugar, and a super easy recipe for no yeast fry bread.

Tell your kids to join you. Children will enjoy making their own elephant ears out of dough by shaping it into a shape and selecting what toppings they want to add after the dough is fried! 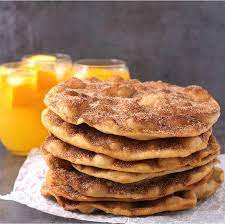 What are Elephant Ears?

There are uneven wrinkles on this fried dough piece, which is somewhat round in shape and shaped like an elephant ear.

Is There a Recipe For Self-rising Flour?

How To Make Elephant Ears in an Air Fryer

You must roll the biscuits out onto a large cutting board. Start by rounding the biscuits out into large circles using your rolling pin. Place them into your air fryer basket sprayed with olive oil to prevent them from sticking.

They will get very big so you need to make sure your air fryer is set to 350 degrees F. So place two at a time and cook for five minutes. Continue to cook until all are done. Lie them on a plate, and they are ready to serve.

Sprinkle generously with confectioners sugar or cinnamon after they have all been cooked.Plate, serve, and enjoy!

How To Make Elephant Ears With Tortillas

Combine sugar and cinnamon in a large plastic bag; set aside. Heat half an inch of oil in a large skillet; place one tortilla at a time, cook for 5 seconds, then flip and cook for another 10 seconds. Place in sugar mixture and toss to coat. Serve immediately.

How To Make Elephant Ears FAQS

1. What is an elephant ear at a carnival?

2. Can Elephant Ears be Made Ahead of Time?

In order to enjoy deep-fried elephant ears to their fullest potential, the ears should still be fresh and crispy. However, some things can be prepared ahead of time.

Traditionally, deep fried elephant ears are topped with cinnamon sugar, but there are more options. Since elephant ears are sweetened fry bread, you can use any sweet topping you like. Here are some flavor combinations to consider: